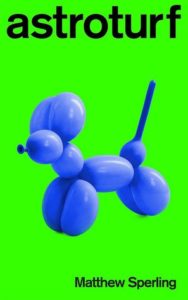 Ned feels that he is at a dead end. The bedsit he lives in is a bit of a dump and he has pretty had enough of his job and he has just been dumped by his girlfriend, Grace. She had been fortunate enough to be bought a property by her parents, he cannot see any way that he will get on the property ladder anytime soon. A chance meeting in the street with the trainer from his gym reignites his interest in getting fitter and the Darius suggests that he takes a small quantity of steroids to give him the boost that he needs. Sceptical at first, he reads up about it and decides to take the plunge and buys his first lot over the web.

It takes a couple of weeks, but soon he can see that it is beginning to have an effect on his performance. He can lift more and go longer at the at the gym and the results are beginning to show. He is performing better at his job and bumping into a friend of Grace’s is the beginning of a new relationship. Then he has an idea for a business that could make him a fortune. Using his web skills he registers the website Gear4U and starts to build a campaign to promote the site selling his own bodybuilding products. What could possibly go wrong…

Astroturf is very much a book for blokes, it is full of laddish references and tropes. It is supposedly a funny book, but It barely made me smile when reading it. Ned as a character has a fairly low moral bar in the way he is prepared to take a very dubious line on the law when selling drugs. It wasn’t badly written, and is fairly short and really just a bit meh really.

Salt on Your Tongue by Charlotte Runcie

Under Cover by Jeremy Robson